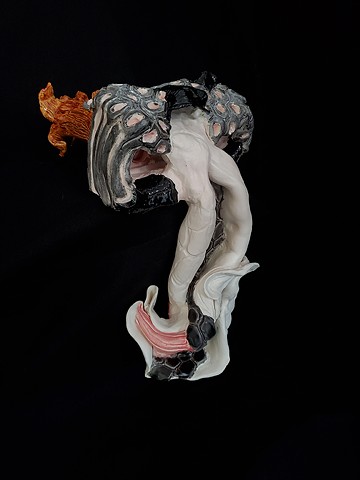 Who are we? What are we made of? What mysteries lie within our own selves? How do we empathize with others? How do we create empathy within objects? What is the difference between having biological children and adopting children? What does it mean to be on the outside? What is the difference between remembering something and living something? How well does our memory serve us? What is loss over time? What is grieving over time? How does collage relate to ceramics? How does imagery of mass consumerism create a portrait of who we are? What does our body remember?